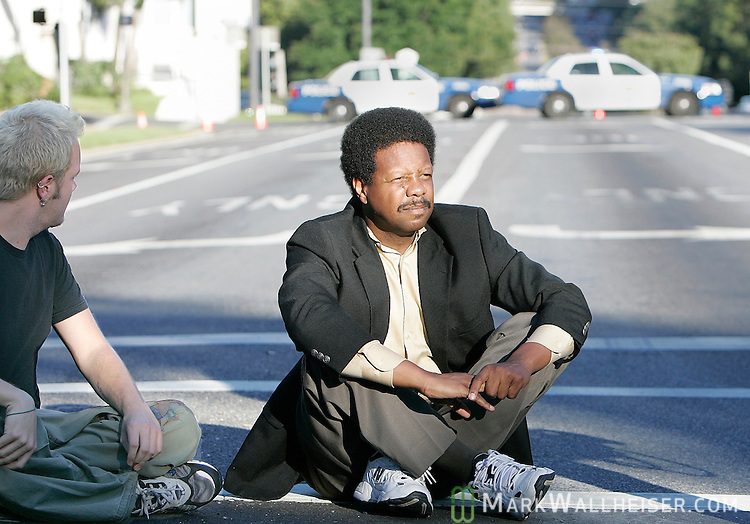 While not as concerned about the Tallahassee Police officers behind him as his fellow protester next to him, County Commissioner Bill Proctor sits in the middle of the intersection of N. Monroe St and Apalachee Pky to join students from FAMU, FSU and TCC that were blocking the intersection to protest the not guilty verdict from the Martin Lee Anderson trial in Panama City October 12, 2007. (Mark Wallheiser/TallahasseeStock.com)