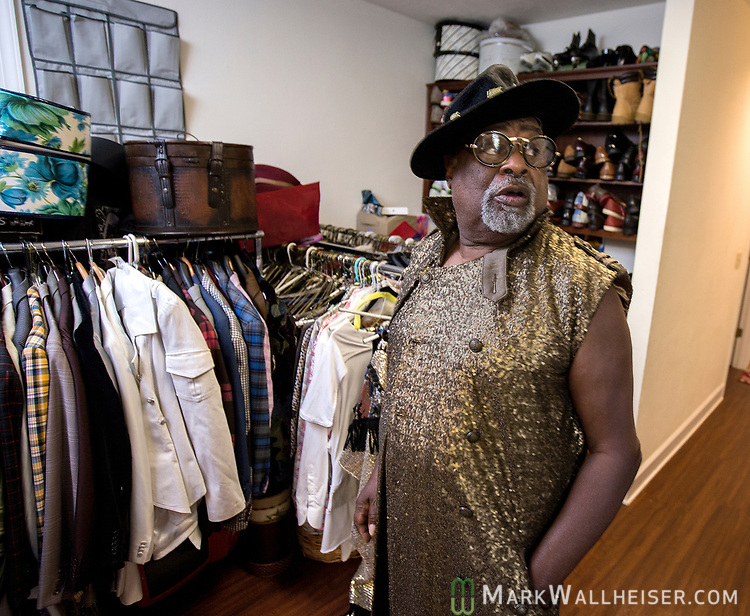 George Clinton - 77 year old American songwriter, band leader, and record producer who launched the band Parliament - Funkadelic and heavily influenced popular music over five decades - tries on several outfits in his closet at his home in Tallahassee, Florida. Clinton was inducted into the Rock and Roll Hall of Fame in 1997 and is set to retire in early 2019.