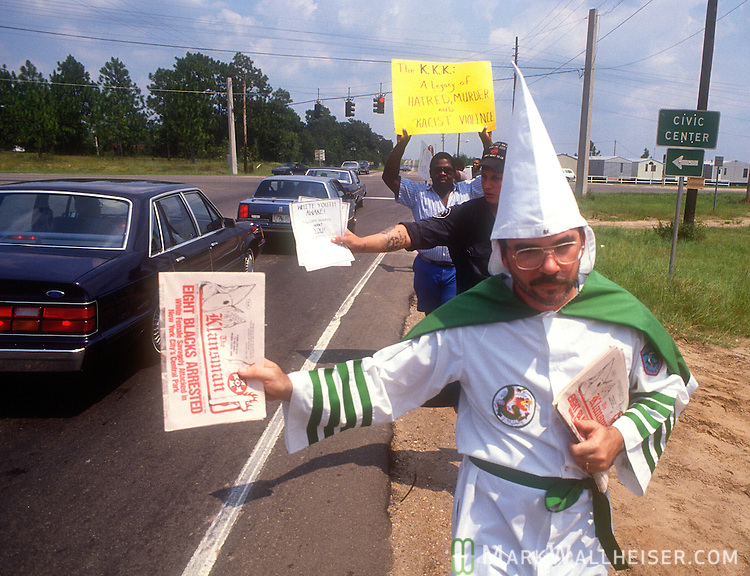 John Baumgardner, the Grand Dragon of the Invisible Empire of the Knights of the Klu Klux Klan arrived at the intersection of Capitol Circle south and Woodville Highway to hand out flyers during a membership drive. Once word got out on the radio, the crowd swelled until the Leon County Sheriff's Dept arrived to protect the Klansmen. Herbert Allan Boren the Grand Titan of the Florida Klavern of the Invisible Knights of the Klu Klux Klan was arrested on weapons charges August 26, 1989.