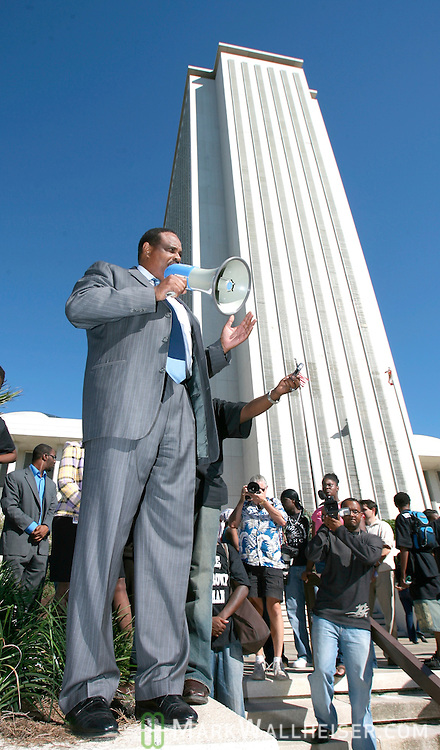 Senator Al Lawson speaks to students from FAMU, FSU and TCC on the steps of the Capitol where they came to protest the not guilty verdict in the Martin Lee Anderson trial in Panama City October 12, 2007. The protest turned into a civil disobedience when the students blocked the intersection at Monroe St and Apalachee Pky then marched to Monroe and Tennessee where they also blocked the intersection before being convinced to disperse.(Mark Wallheiser/TallahasseeStock.com)