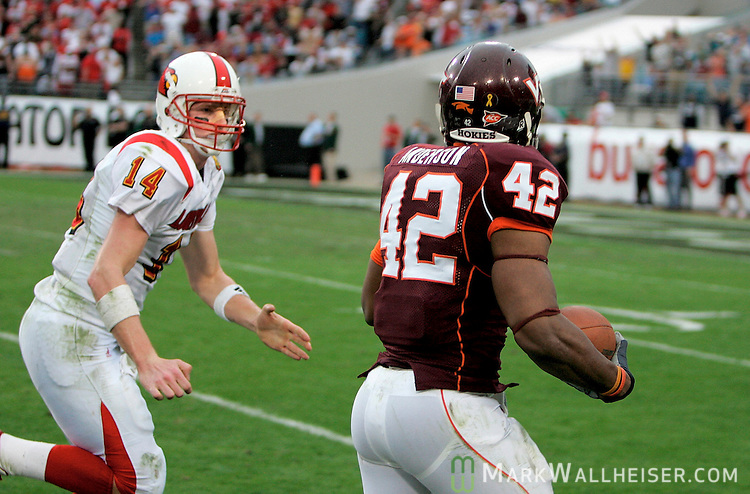 University of Louisville quarterback hunter Cantwell (14) tries to run down Virginia Tech linebacker James Anderson (42) after Anderson intercepted a Cantwell pass late in the fourth quarter and ran it back 39 for a touchdown in the Hokies 35-24 come from behind victory over Louisville in the Toyota Gator Bowl January 2, 2006 in Jacksonville, Florida. Louisville quarterback hunter cantwell played most of the game with a broken nose. (Mark Wallheiser/TallahasseeStock.com)