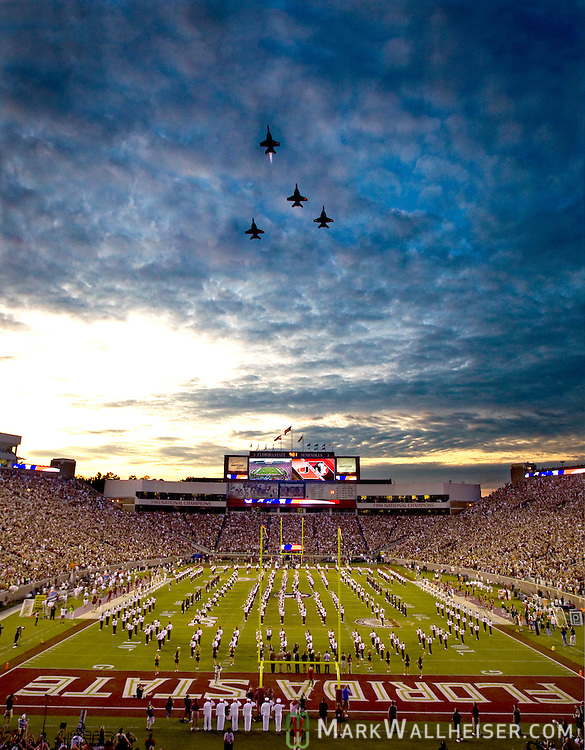 A lone F/A-18 Hornet turns skyward in a missing-man formation flyover for FSU graduate and Navy pilot Scott Speicher. Speicher was the first pilot shot down in the 1991 Gulf War and listed as MIA for 18 years until his remains were found and brought home in August of 2009. The flyover was prior to the first half of the University of Miami Hurricane's 38-34 defeat of the Florida State Seminoles in Tallahassee September 7, 2009. (Mark Wallheiser/TallahasseeStock.com)